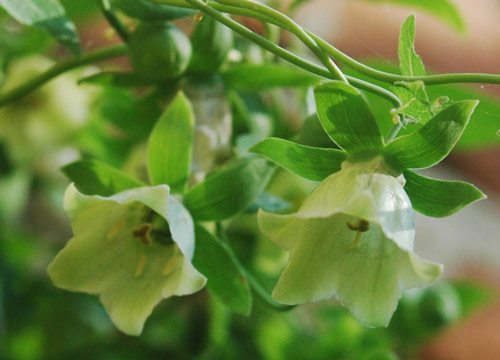 Medicinal Properties
Codonopsis, like many plants, is known by a variety of common names. Some of these include Dang Shen, Poor Man’s Ginseng, and Bonnet Bellflower. It is said that the name comes from the Greek “Kodon” meaning bell, and “Opsis” meaning likeness. The flowers are bell-shaped, and are green in color with purple veins.

Native to Northeastern China, this herb has long been used in Traditional Chinese Medicine as a gentle tonic that is also building to the body and more specifically to the blood. Codonopsis is an adaptogenic herb which means that it has been shown to help the body adapt to and defend against the effects of environmental stress. Historically, Codonopsis has been utilized as a gentle way to promote digestion, strengthen immunity, and to relieve symptoms of stress, illness, and fatigue. It is also a balancing herb that nourishes and tones the body without being too extreme. For this reason, Codonopsis can be taken by those for whom Ginseng is too strong. According to herbalist Michael Tierra, “it increases vital energy… can be used as a substitute for Ginseng and is considered safer for both sexes and in all climates”.

As a testament to its balancing nature, Codonopsis has expectorant properties that can soothe mucous membranes in the respiratory tract while also simultaneously clearing excessive mucous. It has traditionally been used for respiratory issues including shortness of breath and asthma.

Codonopsis is a demulcent root, meaning that it is moistening to mucous membranes in the body. In this case, its demulcent properties lend themselves especially to respiratory issues and early motherhood. In China, Codonopsis is taken by nursing mothers to boost breast milk production and to increase their strength. 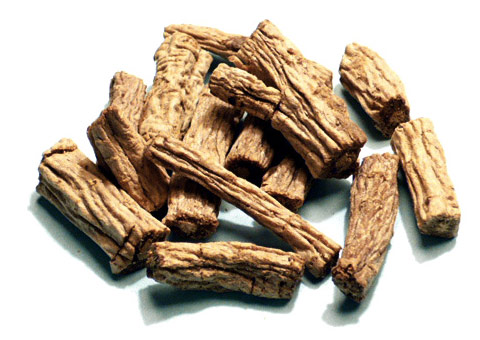 Codonopsis can be taken in tea form, in capsules, or even cooked into food! The most common way is to include it in your tea blends, as in the recipe below.

Astragalus Chai (with Codonopsis)
This recipe is a new spin on the more traditional chai and was created by Rosalee De la Foret. I love the addition of Codonopsis and Astragalus slices as these two herbs have a long history of being used to improve wellness and vitality over the winter months! This tea can be enjoyed daily.

Combine herbs in a pot on the stove. Bring to a boil, then reduce heat to a simmer. Keep on a simmer for 1 hour. You can also combine the herbs in a crock pot on low overnight. Strain, and add honey or milk to taste.